Last month, TownSq hosted two externs from MIT. During the four-week program, which took place at our U.S. and Brazil campuses, our two externs worked to create the initial prototype of a new TownSq product focused on optimizing efficiency for large management companies. Avichal Goel (AG), a diligent freshman who topped national rankings in the USA Computing Olympiad, focused on optimizing performance and the user experience, while Felipe Monsalve (FM), a passionate junior and case team leader in MIT’s consulting group, focused on integrating the components of the systems in a robust and scalable architecture.

AG: I was interested in the web development project and startup environment at TownSq, as well as the prospect of traveling abroad.

FM: The thing that interested me the most about the externship at TownSq was that being a small (though growing) startup, with ambitious goals and a quickly-developing codebase, they were willing to put me in a role for which I didn’t know much, but where I wanted to learn. Specifically, during my interview, I said I didn’t have much experience in web development, since I had been working in mobile development at all my recent internships, but said mobile development wasn’t where I would want to stay. The fact that they still put me in a web development position, and gave me resources to learn quickly, setting me up for success, really sparked my interest in TownSq.

What was the most important or interesting thing you learned during your externship?

AG: I learned a lot about team structure and dynamics, development in a group setting, and the specific frameworks we utilized in our project.

FM: I am amazed at how much I learned during my externship. From new programming languages, architectures, and patterns, to different programming methodologies for working in teams, I learned a lot of technical capabilities. However, the one thing I would say I learned, which was the most important, was how to effectively recognize when I was blocked, and reaching out to either ask for help, or if I was blocked because of someone else, looking for other ways to temporarily unblock myself.

What were your proudest moments during the program?

AG: I felt proud whenever we reached a milestone in our project, as well as when we gave our final presentation.

FM: My proudest moment during the program was the moment when the product finally worked with real data. Because of time constraints, we had been working on several different parts of the system at the same time, without testing whether they would work together. When we finally got around to putting them together, and after a few minutes of debugging, the whole inbox finally worked. That was not only a huge relief, but also very exciting, as all the work we had been doing for the past few weeks materialized into a working product. This made me feel really proud of the work the whole team had put into the Inbox, which we got to demo soon after.

You spent time at our Brazil campus and our Dallas campus. What are your top 3 highlights from your experience culturally?

AG: I enjoyed the startup culture, getting to see places around the city, and meeting talented people who were always willing to help out.

FM: Since I spent the vast majority of time in Brazil, and got to go out more while there, I’ll be speaking exclusively about Brazil.

In Brazil, I’d say the top 3 highlights from the experience, culturally, were:

What was your biggest takeaway from the experience?

AG: This externship helped reiterate the importance of staying curious and eager to learn when faced with new or unfamiliar concepts.

FM: There are so many takeaways from this experience, it’s painfully hard to pick only one. However, having to do so, I would say being part of a small development team with one goal of developing a product from start to end, where I got to know and heavily relied on all other members of my team, was the biggest takeaway. This is an experience which I really enjoyed, and which previous companies I’ve been at couldn’t give me, but TownSq gave me in less than a month.

What advice or tips would you give future externs accepted to work at TownSq?

AG: Whenever you get the chance, introduce yourself and talk to other people at the company; everyone is really welcoming.

FM: The biggest thing I would tell any externs accepted to work at TownSq would be to make sure to get to know as many people within the company as possible and be comfortable reaching out to them at any time. In my experience, everyone in the company was extremely friendly, and if you asked for help, most of them would take time as soon as they were free to sit down with you and explain any topic. Not learning as much as you can from them would be a wasted opportunity. 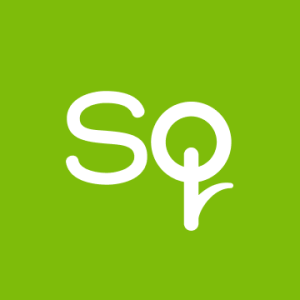 Check out these other content, where you can find the latest updates on TownSq, communities across the US and other content tailored to you!

What is an HOA Inspector,

How to Increase Homeowner Satisfaction

Online Election: How to manage

The 5 Most Common HOA

Learn How to Calculate The

Why do you need HOA

Ebook: How Technology can Transform

How to Guide HOAs to

How to Track HOA Violations

For Communities and HOAs
For Management Companies